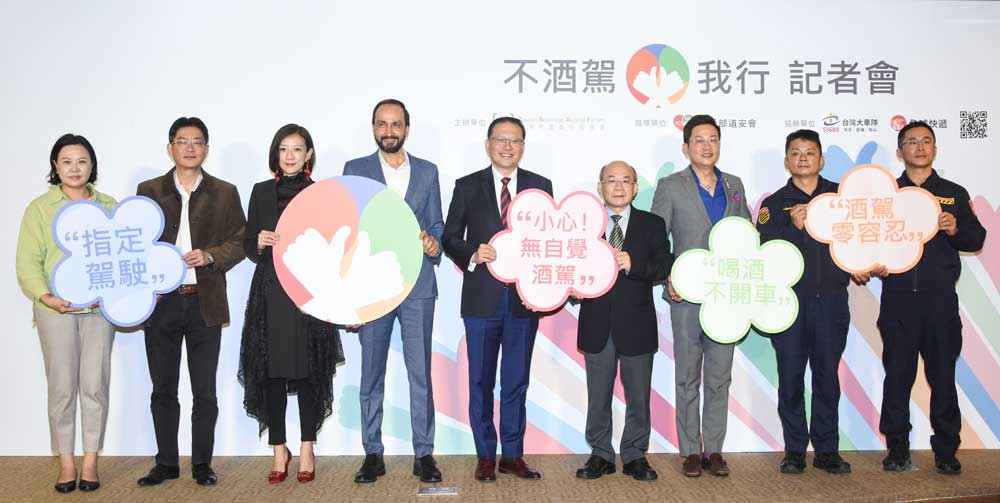 As a long-term advocate for drink-driving prevention, TBAF would like to highlight that, according to RTSC’s statistics (footnote 1), peak times for drink-driving are at 16:00-20:00 and 20:00-24:00. This figure shows that daytime drink-driving accidents do occur, counter to the general concept that most drink-driving incidents take place at night. Therefore, TBAF and the MOTC have selected “Be careful! Avoid unconscious drink-driving” as the primary focus of the “I pledge NOT to drink and drive” campaign. It calls for the attention of the general public to avoid the situation of driving without realizing that one is under the influence of alcohol. It also mentions the importance of “zero tolerance for drink-driving”—when one consumes alcohol, one should not drive and should use a designated driver. Alcohol knowledge and education is offered to help people understand “the definition of being drunk or under the influence of alcohol”. 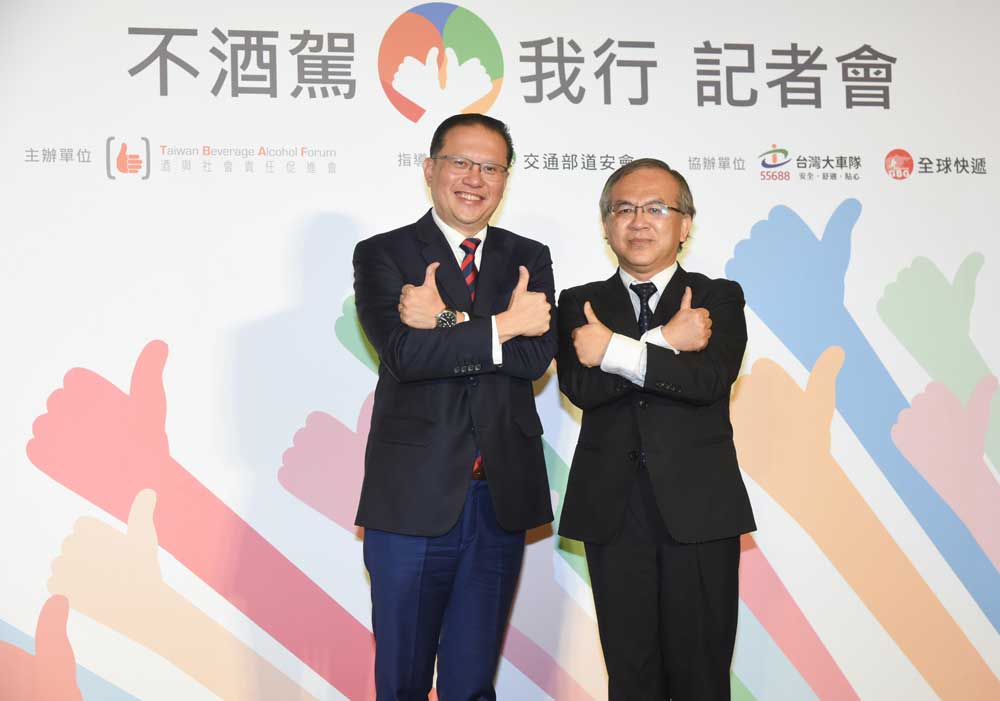 Famous YouTuber EyeCTV (a mock news report) host “Retina” has been invited to work on the promotional film, making appeals to all walks of society through this new media. In addition, MOTC Deputy Minister Chen appeals to the general public on “at the peak season of year-end gatherings and parties, be very cautious about unconscious drink-driving, no matter it occurs during the day or night; and pay particular attention to liquid that contains alcohol, including sesame chicken soup, ginger duck soup, medicinal rib bone soup, low alcohol beverages…etc. When traveling on the weekend, for example enjoying outing in nature, one must avoid drink-driving and never take any chance. It is imperative to avoid drink-driving, which would endanger the road users. Together let’s safeguard traffic environment.”

TBAF has continued the advocacy of “no drink-driving” with MoTC for over a decade. In 2018, TBAF has been working together with the MOTC on promoting the awareness of “avoid driving with hangover the next morning”, and related death toll has dropped 30% in 2020. TBAF Chairman Michael Chin (鄭健發) says: “we’ve noted that, besides being rather surprised about the occurrence rate of driving with hangover the next morning, people are quite shocked when they learn of the drink-driving peak hours are at 16:00-20:00. We’ve also noticed that most people lack proper understanding of alcohol beverage, such as the alcohol content level, how it affects your bodily functions and metabolism, blood alcohol range and its effect on driving, etc. Therefore, we are using popular self-media for promotional work on being vigilant about the danger of unconscious drink-driving after consuming food and beverage that contains alcohol at year-end gatherings and dinners, and this funny and debating style is quite favored by the youth. We highlight the concept of ‘do not drink and drive’ and in the future, TBAF will employ big data analysis to formulate strategies on our advocacy work. We will continue to work together with the MOTC to bring down the death toll and casualties from drink-driving accidents.

In order to help prevent the danger of unconscious drink-driving, TBAF has invited police officers from the Taipei City Police Bureau to share stories of such cases, to remind people of traffic safety, and also elaborate on the focus of traffic law enforcement at year-end: “Each drink-driving accident causes harm to the lives and properties of people, so the police agencies attach great importance to these types of violations, and we will continue to strengthen our enforcement. Of the many drink-driving incidents that we’ve come across, what left me with a deep impression is a recent case involving a drink-driver who is not aware of laws and regulations and thinks that it is ok to drive the next morning after drinking. However, when that person is stopped by the police for sobriety test, the result is over the safety threshold. We suggest that people should be more aware and knowledgeable that it takes some time and rest for alcohol to be metabolized and should be stricter about utilizing vehicles the next day.” Lastly, the police officers will speak more on current regulations governing drink-driving and related penalties. (footnote 2)

Famous youtuber EyeCTV has worked together with TBAF and the MOTC on a promotional film, which will be broadcasted on 6 January on the EyeCTV facebook and youtube channel, as well as on TBAF’s facebook. In addition, a podcast program (歷史下酒菜) will be released tonight (15 December), and also shown on its facebook and instagram.

The Taiwan Beverage Alcohol Forum (TBAF) is a non-profit organization dedicated to the advocacy of responsible drinking and the prevention of inappropriate drinking behaviors. It was established in October 2000 by several European and American alcohol companies and media groups, with a primary focus on promoting a responsible and healthy drinking culture as its long-term goal. For more information, please check the TBAF website (https://tbaf.org.tw)。

“I pledge NOT to drink and drive” campaign—to make a pledge, please go to the following website: https://tbaf.org.tw/ipledge/

Keep in mind the correct way to handle hangover and avoid any risk of drink-driving. “Zero tolerance for alcohol and no drink-driving” should be observed by everyone. It is the responsibility for each and every one of us to keep our roads safe and to ensure a secure and carefree traffic environment.