Golden Safety Award winners from colleges serve as promotional ambassadors to advocate “no drink driving, no speeding, use headlights, yield ways at intersections, and take buses to campus” 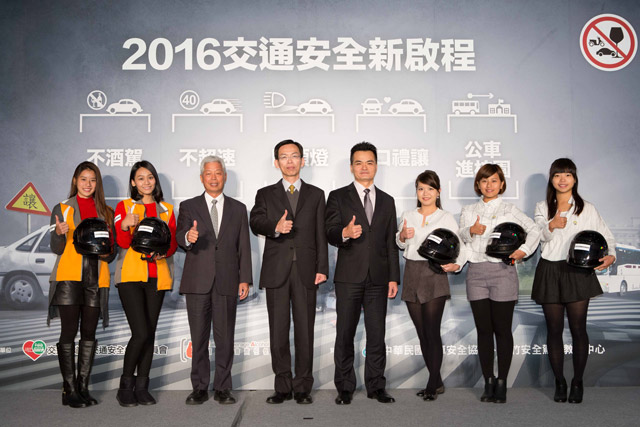 In order to decrease traffic accidents, MOTC’s Road Traffic Safety Committee (RTSC) and the Taiwan Beverage Alcohol Forum (TBAF) join hands to launch the “2016 Road & Traffic Safety Kick-off“ campaign. The goal is to ensure the young students follow these rules: no drink-driving, no speeding, use headlights, yield ways at intersections, and take buses to campus instead of riding motorcycles. The campaign will start from campus to help young students learn proper traffic rules and establish the correct concept of traffic safety.

At the press conference, MOTC Secretary-General Mr. K.S. Lin (林國顯), TBAF Chairman Mr. Allen Wang (王孝倫), campaign ambassadors, and “Golden Safety Award” winners from colleges all participate in a ceremony to hand out helmets. They urge the general public to follow the traffic regulations and support this campaign.

MOTC Secretary-General Mr. K.S. Lin points out that: “TBAF’s motorcycle safety education for young people is focused on MOTC’s ‘Enhance Road Safety’ action plans. It had held many campaign activities on 4 university campuses in the north, central and southern part of Taiwan. These activities, aimed at raising awareness of preventing drink-driving, used 3-D glasses and mini-motorcycles to convey messages of no drink driving/riding motorcycles. They have been quite effective and well-received by the students. Now MOTC is working again with TBAF, using posters, films, and internet campaigns to promote traffic safety—no drink driving, no speeding, use headlights, yield ways at intersections, and take buses to campus—in 163 universities and colleges nation-wide. We hope that all road users can enjoy a safer traffic environment in accordance to the road safety policy of the World Health Organization (WHO) and bring Taiwan on par with international standards.” 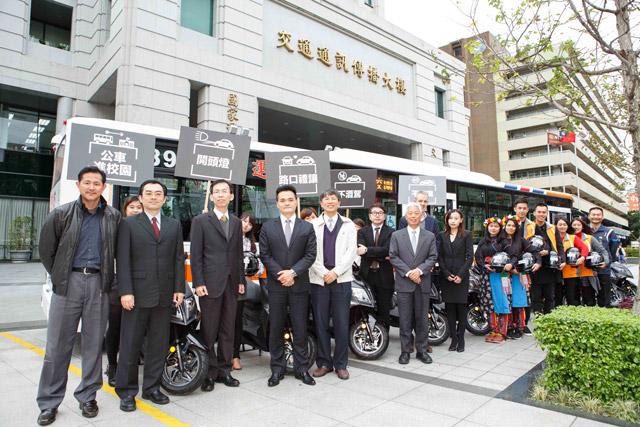 TBAF Chairman Mr. Allen Wang, in elaborating the 2016 “Traffic Safety Kick-off” campaign, points out that: “To echo the ‘Enhance Road Safety’ action plans, we are greatly honored to work with MOTC again to launch the ‘Traffic Safety Kick-off’ campaign to realize the goals of ‘no drink driving, no speeding, use headlights, yields ways at intersections, and take buses to campus’. ‘No drink driving’ has been the long-term focus of TBAF and alcohol beverage companies as we endeavor to advocate response drinking behaviors. Every year we work with local governments, targeting drivers/motorcyclists between age 18 and 38, to raise consumers’ traffic safety awareness through promotional activities, advertisements and media. This time, apart from using posters and films to advocate on campus, we also offer fun and easy online games ‘Traffic Safety Take Five (交通安全過五關) that are very popular among young people. These games not only help them establish good habits of ‘no drink driving, no speeding, use headlight, yield ways at intersections, and take buses to campus’ but also assist the MOTC to create better and safer traffic environment.“

The promotional campus ambassadors and winners of the National Golden Safety Awards will be on site to talk about the importance of traffic safety and show their strong support for “no drink driving, no speeding, use headlights, yield ways at intersections, and take buses to campus”. These good habits will certainly help maintain road traffic order, protect the safety of road users. This campaign, which starts from the campus, hopefully can extend to the general public and become a national campaign. 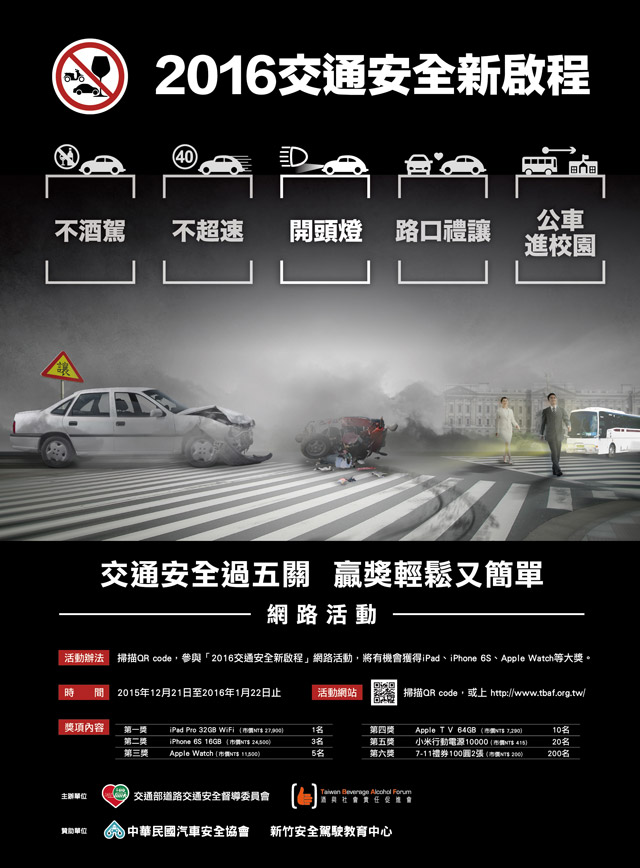 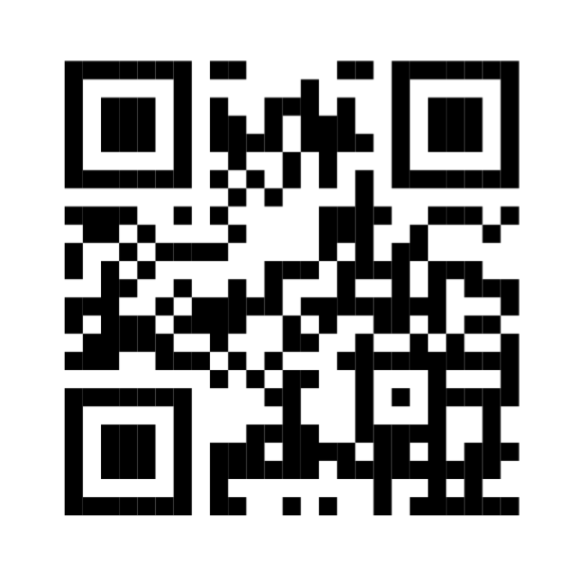