Message: Return type of CI_Session_files_driver::open($save_path, $name) should either be compatible with SessionHandlerInterface::open(string $path, string $name): bool, or the #[\ReturnTypeWillChange] attribute should be used to temporarily suppress the notice

Message: Return type of CI_Session_files_driver::close() should either be compatible with SessionHandlerInterface::close(): bool, or the #[\ReturnTypeWillChange] attribute should be used to temporarily suppress the notice

Message: Return type of CI_Session_files_driver::read($session_id) should either be compatible with SessionHandlerInterface::read(string $id): string|false, or the #[\ReturnTypeWillChange] attribute should be used to temporarily suppress the notice

Message: Return type of CI_Session_files_driver::write($session_id, $session_data) should either be compatible with SessionHandlerInterface::write(string $id, string $data): bool, or the #[\ReturnTypeWillChange] attribute should be used to temporarily suppress the notice

Message: Return type of CI_Session_files_driver::destroy($session_id) should either be compatible with SessionHandlerInterface::destroy(string $id): bool, or the #[\ReturnTypeWillChange] attribute should be used to temporarily suppress the notice

Message: Return type of CI_Session_files_driver::gc($maxlifetime) should either be compatible with SessionHandlerInterface::gc(int $max_lifetime): int|false, or the #[\ReturnTypeWillChange] attribute should be used to temporarily suppress the notice

Message: session_set_save_handler(): Session save handler cannot be changed after headers have already been sent

Message: session_start(): Session cannot be started after headers have already been sent

“I pledge NOT TO Drink & Drive” campus film contest ceremony

"I pledge NOT TO Drink & Drive" campus film contest
Top Prize NT$200,000
Inviting students to join the pledge and present films to showcase a new attitude of “no drink driving”
Selected films in the competition have been viewed nearly 40,000 times, generating wide discussions among the youth 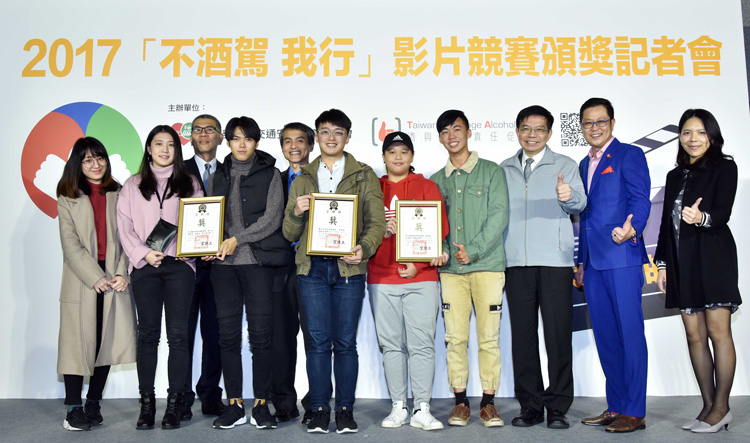 MOTC Road Traffic Safety Committee and the Taiwan Beverage and Alcohol Forum (TBAF) have co-organized a “I pledge NOT TO drink & drive” film contest and invited senior high school, vocational high school and college students to join the competition. From Oct. 16 to Nov. 17, a total of 92 films have been submitted, 74 from college students and 18 from high school and vocational school students—a very enthusiastic participation. These students presented a new attitude of “no drink driving” through various styles in their films to influence and promote deeper understanding of road traffic safety and invite more to join the pledge. The organizers also held a ceremony at the MOTC grand hall on Dec. 6, announcing the top 3 winners of the contest, selected by scholars and representatives from both governmental agencies and advertising agency as well as by the online popularity level (numbers of hits for “Like” and “Share” combined).

For years, TBAF has been promoting road traffic concepts of “no drink driving and use designated drivers”. This year, for the first time, TBAF worked with internet celebrities Gino Neck and DEARS, and introduced a humorous film to attract young audience. This film has been shared on fans page and social media platforms and viewed nearly 650,000 times. TBAF intended to further the campaign through the power of social media, thus came up with the “I pledge NOT TO drink & drive” film contest. By soliciting promotional films from campus, TBAF hoped to identify more effective ways to communicate the road safety concepts to the youth and enhance their awareness through the continued spread of promotional films on social media platforms. 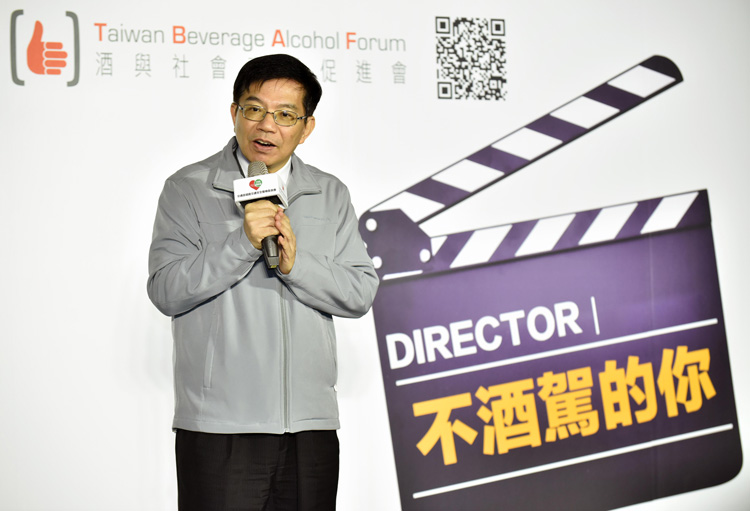 MOTC Vice Minister Kuo-tsai WANG, attended the “I pledge NOT TO drink & drive film contest” award ceremony and stated that: “from January to October this year, there had been 88,197 cases of drink-driving, among which 52,047 cases were brought to justice—a decrease of 982 cases (about 2%) compared with the same period last year. In the future, we will continue to promote traffic safety and raise public awareness that each one of us is responsible to safeguard road safety. We hope that through this film contest, the youth will have more understanding on the importance of no drink driving, and that we can further strengthen the campaign and reach out to more youngsters.” 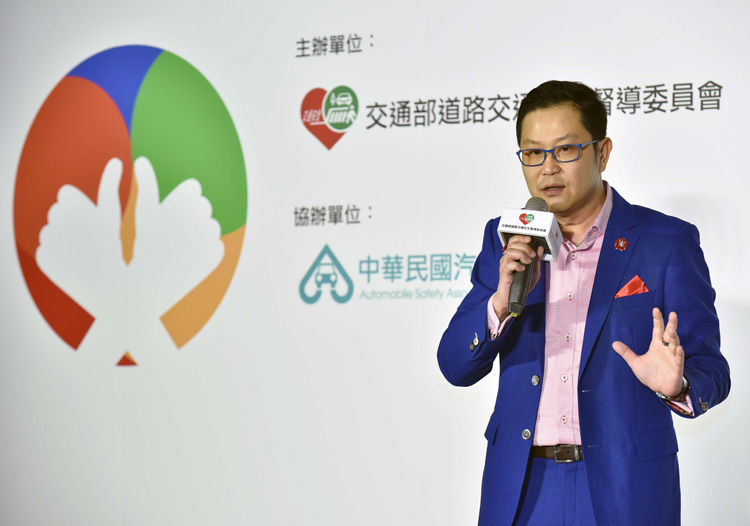 There are a total of 92 films submitted to this contest, and college, senior high school and vocational school students from the north, central and south of Taiwan have all participated. TBAF chairman Mr. Terrence ONG (王德勤) mentioned that: “The year 2017 meant significant changes to TBAF. We organized ‘I pledge NOT TO drink & drive’ campaign on Aug. 30, inviting local and foreign alcohol companies to join and showcase their determination on no drink driving. We also utilize the social media to target the youth, and for the first time we hold a film contest and so far these films have been viewed nearly 40,000 times on YouTube. This is an amazingly effective way to communicate our key message. In the future, we will continue such promotion campaign, and each year we will increase its outreach and influence so that we can solicit more people to join the pledge, and make it a nation-wide activity.” 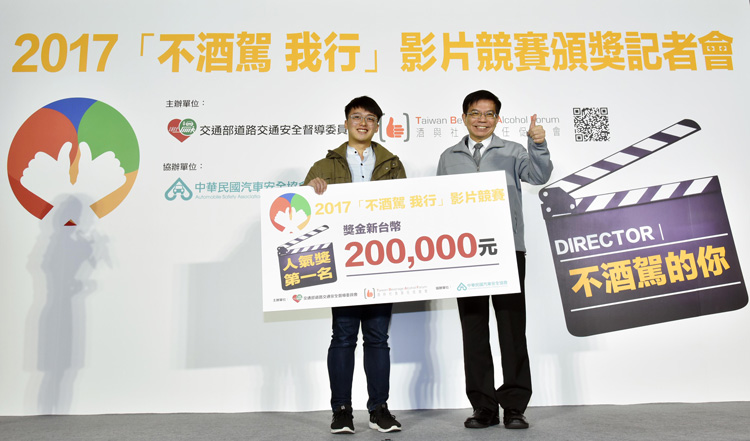 The film “In the Name of Love—Use a designated driver”, made by Ze-hao WENG (翁則豪), Chen-chez SUN (孫晨哲), and Bing-shen TUAN (段秉燊) from Cheng-chi University, won “The Most Popular Award”. It adopts a soft and gentle touch to portray the compassion of a designated driver, which really captures the theme “look for designated drivers”. This film has obtained nearly 6,000 “likes” and “share” within a week after it was posted online. The top three popular films are each granted NT$200,000, NT$70,000, and NT$30,000. The Top 1 film will be broadcasted on MOTC and TBAF websites as well as TVs in taxis operated by Taiwan TAXI Co. It is hoped that through this film contest, road traffic safety concepts can take roots and more young people will pay attention to issues related to “no drink driving”. This will help form a campus “safety net” against drink driving and create peer-pressure. It will also engender proper road safety concepts that could in turn help safeguard traffic environment and offer safer road environment for users. “I pledge NOT TO drink & drive” is not just a slogan, it is the best principle for road users.

The Taiwan Beverage Alcohol Forum (TBAF) is a non-profit organization dedicated to the advocacy of responsible drinking and the prevention of inappropriate drinking behaviors. It was established in October 2000 by several European and American alcohol companies and media groups, with a primary focus on promoting a responsible and healthy drinking culture as its long-term goal. For more information, please check the TBAF website (www.tbaf.org.tw).